I want to avoid my child form from appearing many times when a user tries to open the child form which is already open in MDIParent. One way to avoid this is by disabling the Controller (in my case BUTTON) but I have given a shortcut key (Ctrl+L) for this function as well. So if the user types Ctrl+L, the same child Form opens and I can see two child forms are in MDI.

I want to avoid this. How can I do this? 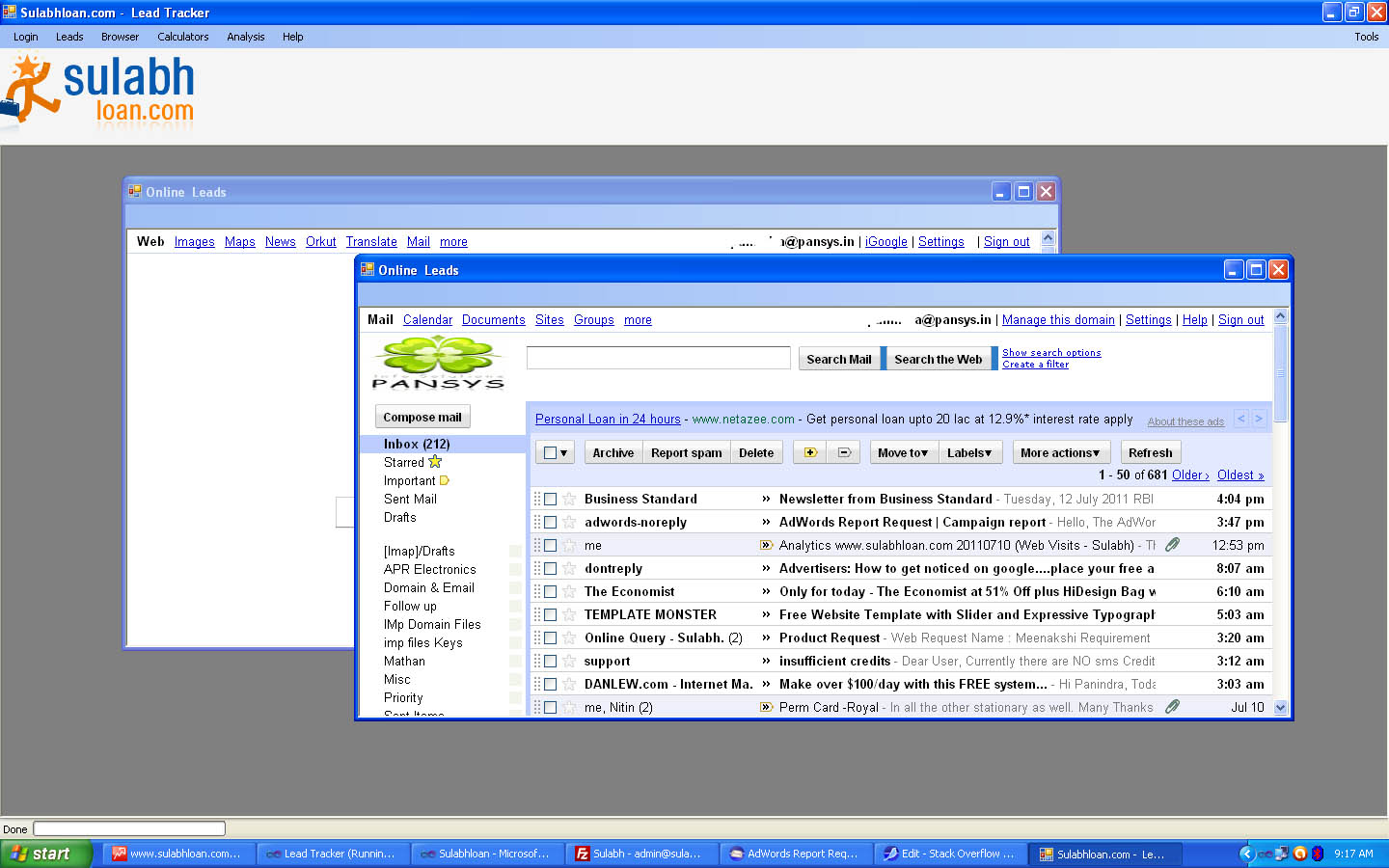 In the image you can see that a child form Name Online Leads is opened twice as the user opened first time using Menu (LEADS) and second time by Shortcut key. I don't want this to happen. If the form is already opened it should avoid opening another same form … How to do this?

the way i usually do it if i am only supposed to have one open is something like:

You probably forgot to set the form's KeyPreview property to True. Overriding the ProcessCmdKey() method is the generic solution:

Try assigning the parent form of your first child from: