I would like to clarify the differences between by value and by reference.

I drew a picture 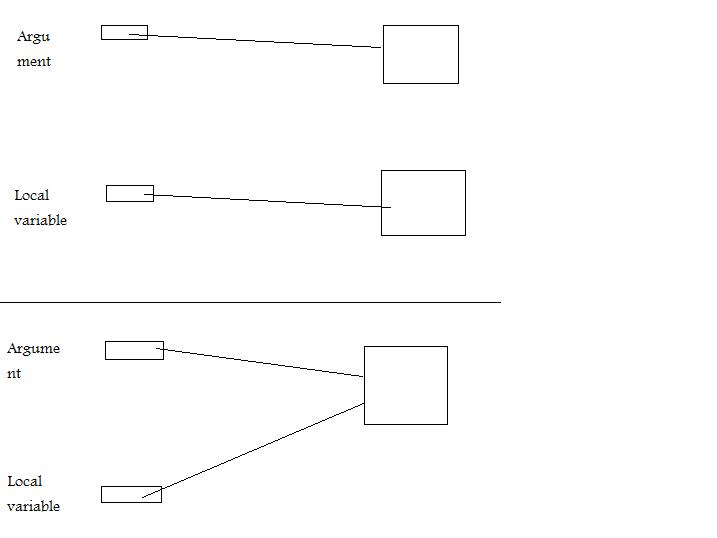 So, for passing by value,

a copy of an identical object is created with a different reference, and the local variable is assigned the new reference, so to point to the new copy

How to understand the words:
"
If the function modifies that value, the modifications appear also
within the scope of the calling function for both passing by value and by reference
"

I vote for the following definition:

An argument (1.3.1) is passed by reference if and only if the corresponding parameter of the function that's called has reference type and the reference parameter binds directly to the argument expression (8.5.3/4). In all other cases, we have to do with pass by value.

That means that the following is pass by value: