Sometimes, when using <h:commandLink>, <h:commandButton> or <f:ajax>, the action, actionListener or listener method associated with the tag are simply not being invoked. Or, the bean properties are not updated with submitted UIInput values.

What are the possible causes and solutions for this?

Whenever an UICommand component (<h:commandXxx>, <p:commandXxx>, etc) fails to invoke the associated action method, or an UIInput component (<h:inputXxx>, <p:inputXxxx>, etc) fails to process the submitted values and/or update the model values, and you aren't seeing any googlable exceptions and/or warnings in the server log, also not when you configure an ajax exception handler as per Exception handling in JSF ajax requests, nor when you set below context parameter in web.xml,

and you are also not seeing any googlable errors and/or warnings in browser's JavaScript console (press F12 in Chrome/Firefox23+/IE9+ to open the web developer toolset and then open the Console tab), then work through below list of possible causes.

In case you still stucks, it's time to debug. In the client side, press F12 in webbrowser to open the web developer toolset. Click the Console tab so see the JavaScript conosle. It should be free of any JavaScript errors. Below screenshot is an example from Chrome which demonstrates the case of submitting an <f:ajax> enabled button while not having <h:head> declared (as described in point 7 above).

Click the Network tab to see the HTTP traffic monitor. Submit the form and investigate if the request headers and form data and the response body are as per expectations. Below screenshot is an example from Chrome which demonstrates a successful ajax submit of a simple form with a single <h:inputText> and a single <h:commandButton> with <f:ajax execute="@form" render="@form">. 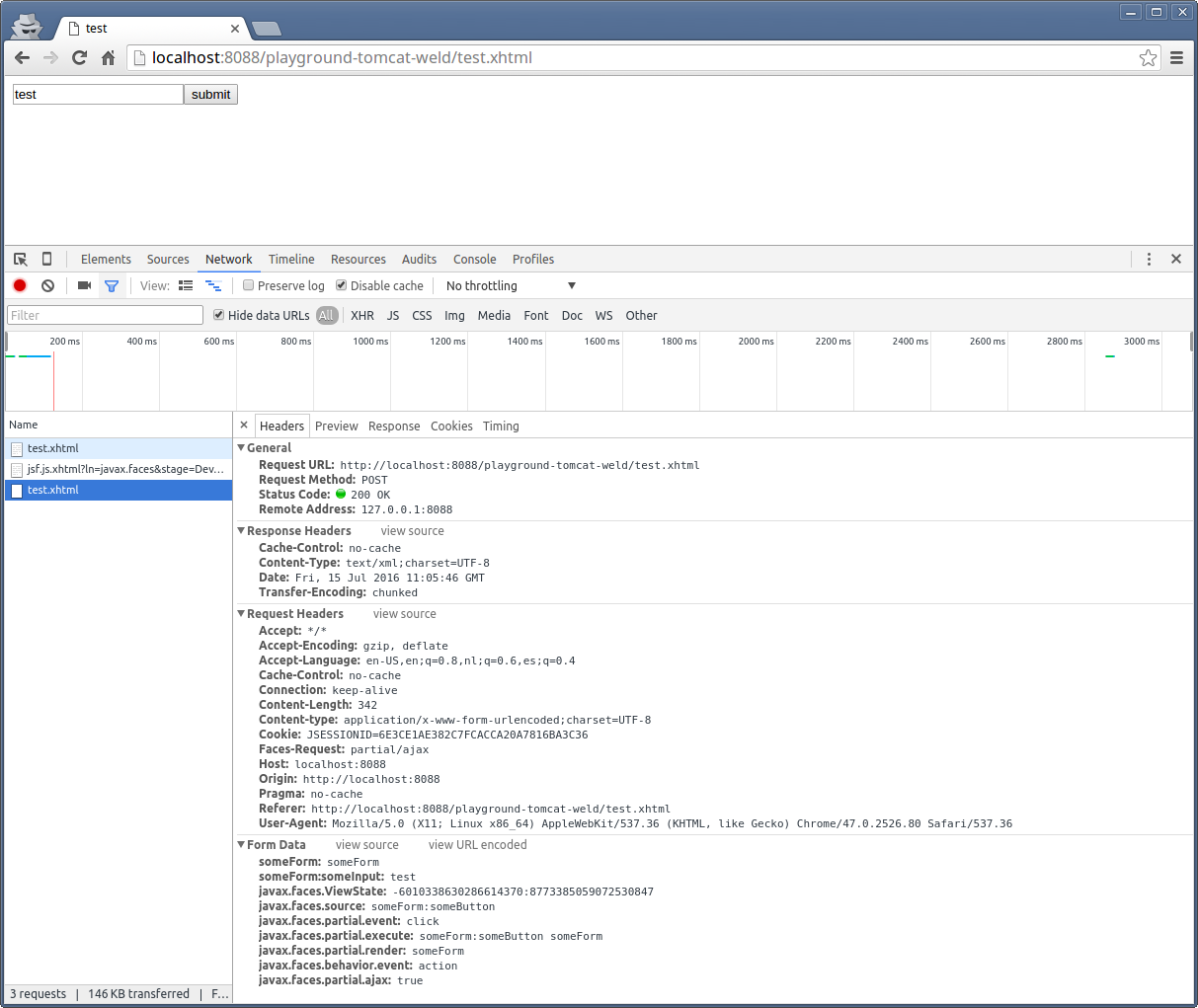 (warning: when you post screenshots from HTTP request headers like above from a production environment, then make sure you scramble/obfuscate any session cookies in the screenshot to avoid session hijacking attacks!)

In the server side, make sure that server is started in debug mode. Put a debug breakpoint in a method of the JSF component of interest which you expect to be called during processing the form submit. E.g. in case of UICommand component, that would be UICommand#queueEvent() and in case of UIInput component, that would be UIInput#validate(). Just step through the code execution and inspect if the flow and variables are as per expectations. Below screenshot is an example from Eclipse's debugger. 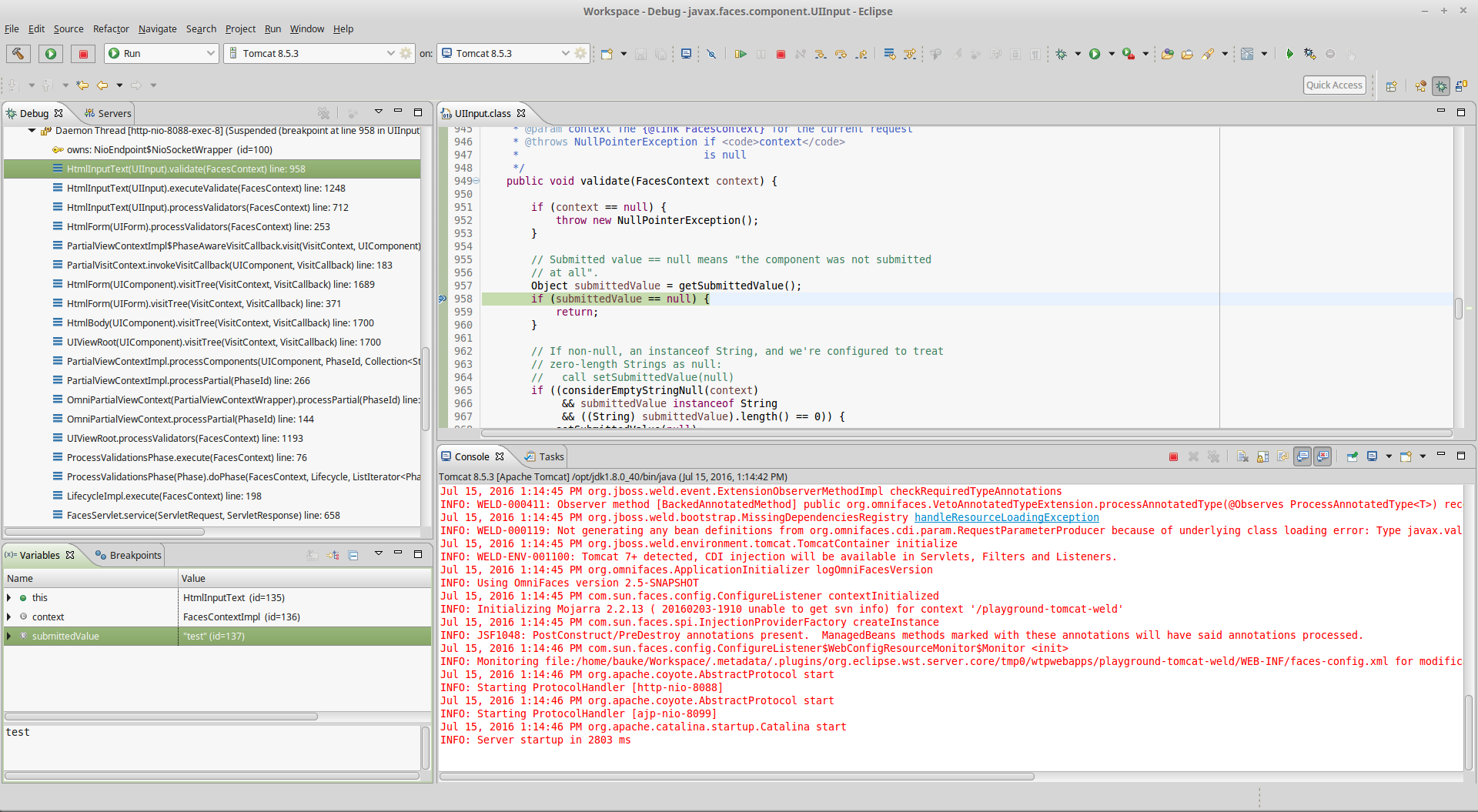 As per the comments:

@BalusC Its javascript issue. Thanks for directing me to look at the javascript console. JS error "Uncaught ReferenceError: mojarra is not defined"

Make sure that you've a <h:head> tag in your master template instead of <head>. This way JSF will be able to auto-include the necessary JavaScript file for the Ajax magic.