For example, some are documented on Apple's website, Configuring the Keyboard for Web Views. 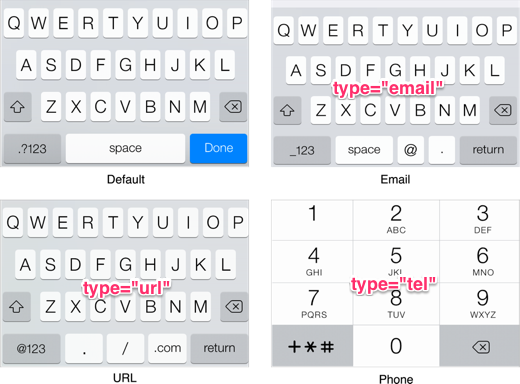 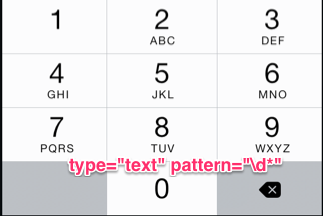 These are great for usability, but when it comes to an input for for international postal codes (mostly numeric, but letters allowed), we're left with some poor options. Most people recommend using the pattern="\d*" trick to show the numeric keyboard, but that doesn't allow for letter input.

The type="number" input type shows the regular keyboard but shifted to the numeric layout: 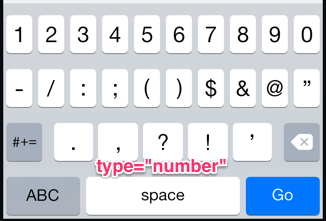 This works well for iOS devices, but it makes Chrome think the input must be a number and even changes the input's behavior (up/down increment and decrement the value).

Is there any way to get iOS to default to the numeric layout, but still allow for alphanumeric input?

Basically, I want the iOS behavior for type="number" but I want the field to behave like a regular text field on desktop browsers. Is this possible?

Sniffing the user-agent for iOS and using the type="number" input type is not an option. type="number" is not meant for string values (like postal codes), and it has other side effects (like stripping leading zeros, comma delimiters, etc) that make it less than ideal for postal codes. 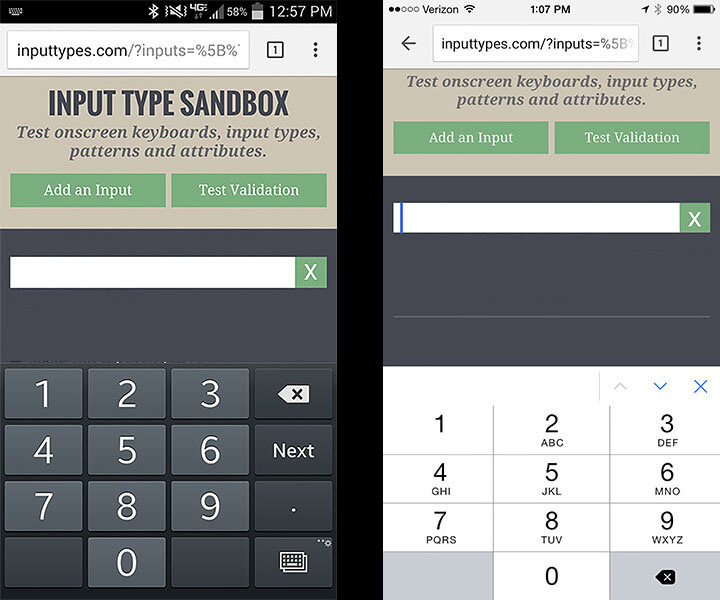 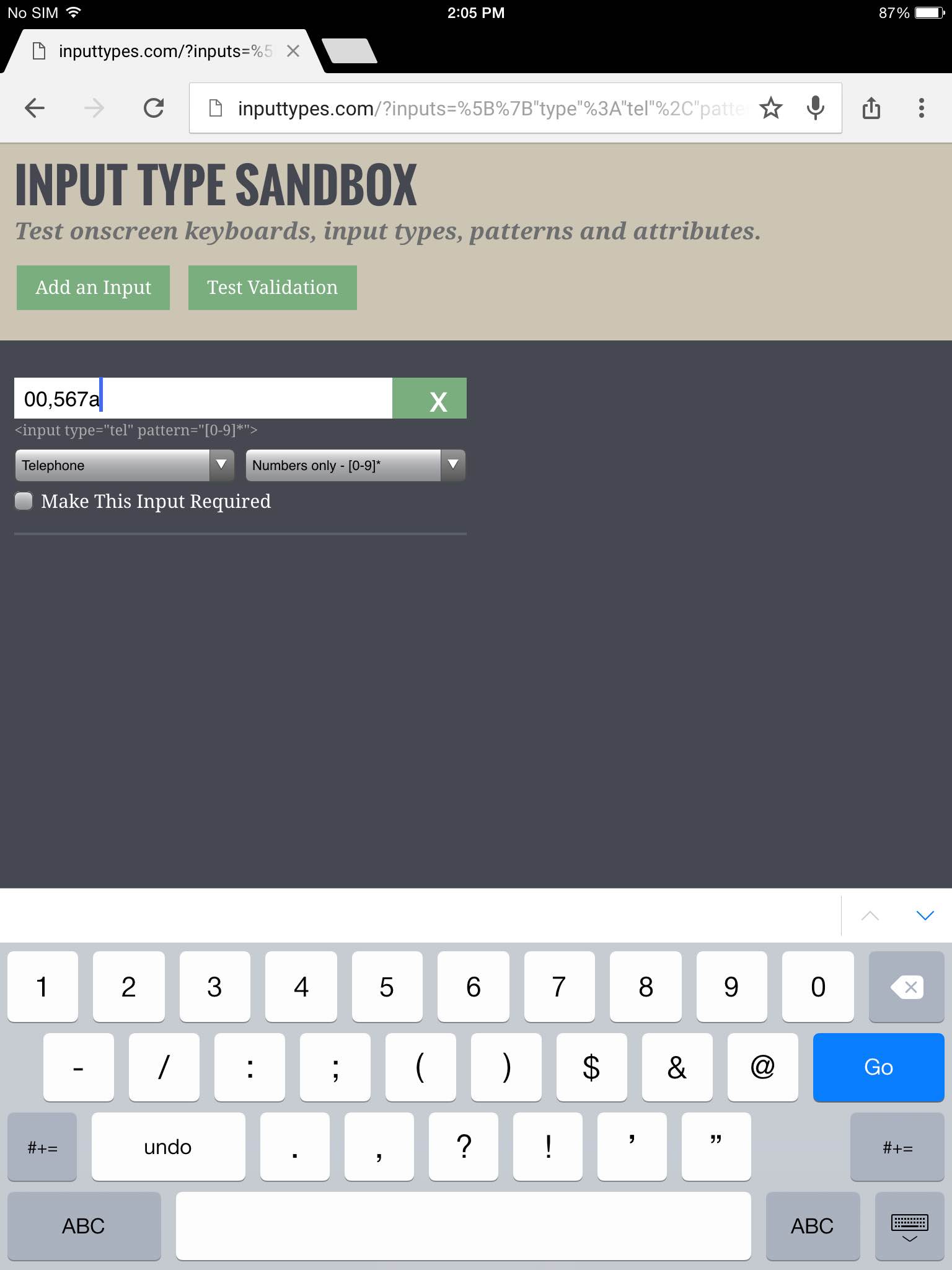