I know by right clicking some text fields in Crystal Reports you can tell Crystal to render that report as HTML (See screenshots below). I'm wondering what the possible tags available in those fields is and what CSS/styling capabilities there are. Thanks! 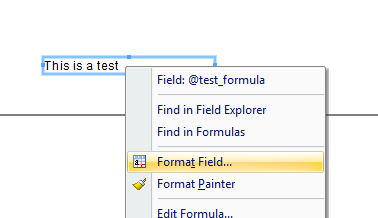 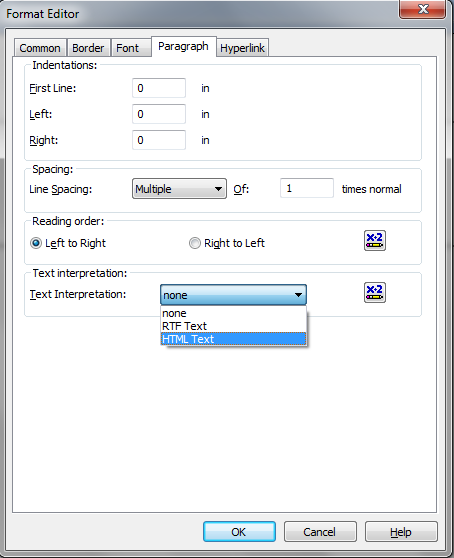 Click the Paragraph Tag and the Text Interpretation combo box.

I found this in a forum post. Not sure about it's validity, but it seems legit.

It appears that Crystal Reports only supports a small subset of HTML tags and attributes.

The supported tags are:

The supported attributes are:

Not sure about CSS. I'm pretty sure you can't do any styling beyond what you see here.

Javascript – Where should I put