(Since the service I need to access is exposed by another party and they only expose it as SOAP, it's unfortunately not an option to switch to another type of interface (e.g. REST based API).

OK obviously that isn't a real answer. But still SOAP should be avoided at all costs. ;-) Is it possible to add a proxy server between the iPhone and the web service? Perhaps something that converts REST into SOAP for you?

You could try CSOAP, a SOAP library that depends on libxml2 (which is included in the iPhone SDK).

I've written my own SOAP framework for OSX. However it is not actively maintained and will require some time to port to the iPhone (you'll need to replace NSXML with TouchXML for a start)

Simple explanation about SOAP and REST

SOAP is a method of transferring messages, or small amounts of information, over the Internet. SOAP messages are formatted in XML and are typically sent using HTTP (hypertext transfer protocol).

Rest is a simple way of sending and receiving data between client and server and it doesn't have very many standards defined. You can send and receive data as JSON, XML or even plain text. It's light weighted compared to SOAP. 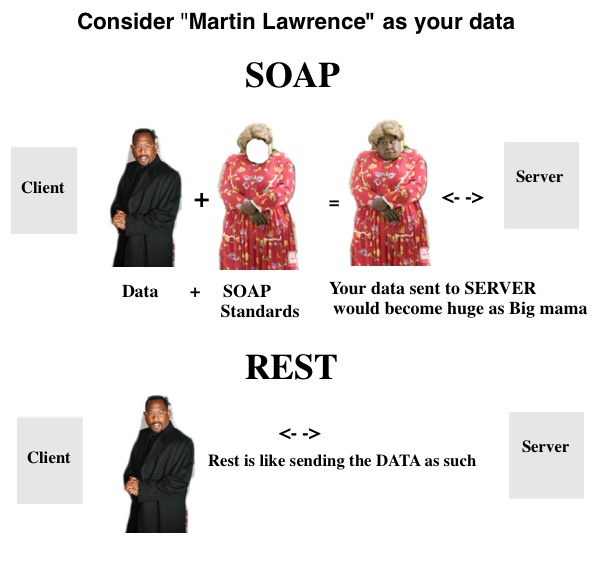