I am trying to show UIAlertView on Tap or Click of UITextField for both IPad and IPhone. I make an IBAction and Attach it with Tap Down event of UITextField.

But its not working correctly, means not always, in case of iphone and not working in-case of iPad

please help How could I do this. 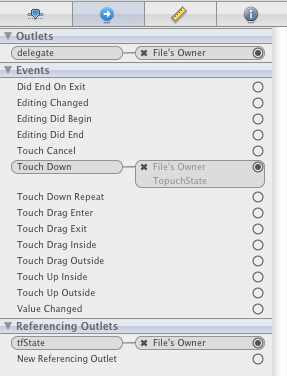 As you are already subscribed to be UITextField delegate, implement this method:

Ios – Having a UITextField in a UITableViewCell

Try this out. Works like a charm for me (on iPhone devices). I used this code for a login screen once. I configured the table view to have two sections. You can of course get rid of the section conditionals.