If you have a java.io.InputStream object, how should you process that object and produce a String?

Suppose I have an InputStream that contains text data, and I want to convert it to a String, so for example I can write that to a log file.

What is the easiest way to take the InputStream and convert it to a String?

Summarize other answers I found 11 main ways to do this (see below). And I wrote some performance tests (see results below):

Ways to convert an InputStream to a String: 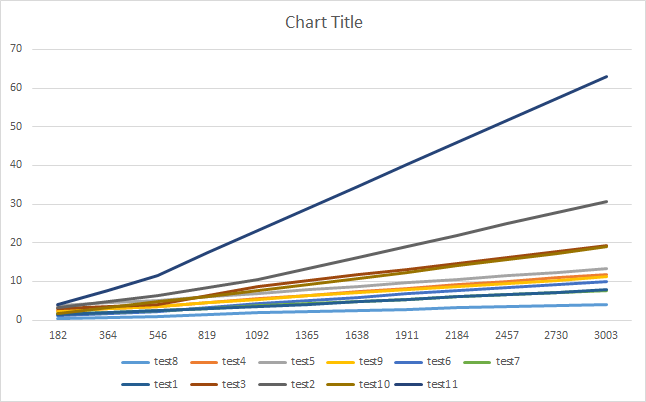 C++ – How to iterate over the words of a string

I use this to split string by a delimiter. The first puts the results in a pre-constructed vector, the second returns a new vector.

Note that this solution does not skip empty tokens, so the following will find 4 items, one of which is empty:

Read all text from a file

For versions between Java 7 and 11, here's a compact, robust idiom, wrapped up in a utility method:

Read lines of text from a file

Java 7 added a convenience method to read a file as lines of text, represented as a List<String>. This approach is "lossy" because the line separators are stripped from the end of each line.

Java 8 added the Files.lines() method to produce a Stream<String>. Again, this method is lossy because line separators are stripped. If an IOException is encountered while reading the file, it is wrapped in an UncheckedIOException, since Stream doesn't accept lambdas that throw checked exceptions.

This Stream does need a close() call; this is poorly documented on the API, and I suspect many people don't even notice Stream has a close() method. Be sure to use an ARM-block as shown.

If you are working with a source other than a file, you can use the lines() method in BufferedReader instead.

The first method, that preserves line breaks, can temporarily require memory several times the size of the file, because for a short time the raw file contents (a byte array), and the decoded characters (each of which is 16 bits even if encoded as 8 bits in the file) reside in memory at once. It is safest to apply to files that you know to be small relative to the available memory.

The second method, reading lines, is usually more memory efficient, because the input byte buffer for decoding doesn't need to contain the entire file. However, it's still not suitable for files that are very large relative to available memory.

For reading large files, you need a different design for your program, one that reads a chunk of text from a stream, processes it, and then moves on to the next, reusing the same fixed-sized memory block. Here, "large" depends on the computer specs. Nowadays, this threshold might be many gigabytes of RAM. The third method, using a Stream<String> is one way to do this, if your input "records" happen to be individual lines. (Using the readLine() method of BufferedReader is the procedural equivalent to this approach.)

One thing that is missing from the sample in the original post is the character encoding. There are some special cases where the platform default is what you want, but they are rare, and you should be able justify your choice.

The StandardCharsets class defines some constants for the encodings required of all Java runtimes:

The platform default is available from the Charset class itself:

Note: This answer largely replaces my Java 6 version. The utility of Java 7 safely simplifies the code, and the old answer, which used a mapped byte buffer, prevented the file that was read from being deleted until the mapped buffer was garbage collected. You can view the old version via the "edited" link on this answer.