I am unable to start eclipse after a java 1.8 upgrade. the error screenshot is attached. Here's my eclipse configuration setting. how do I fix this? 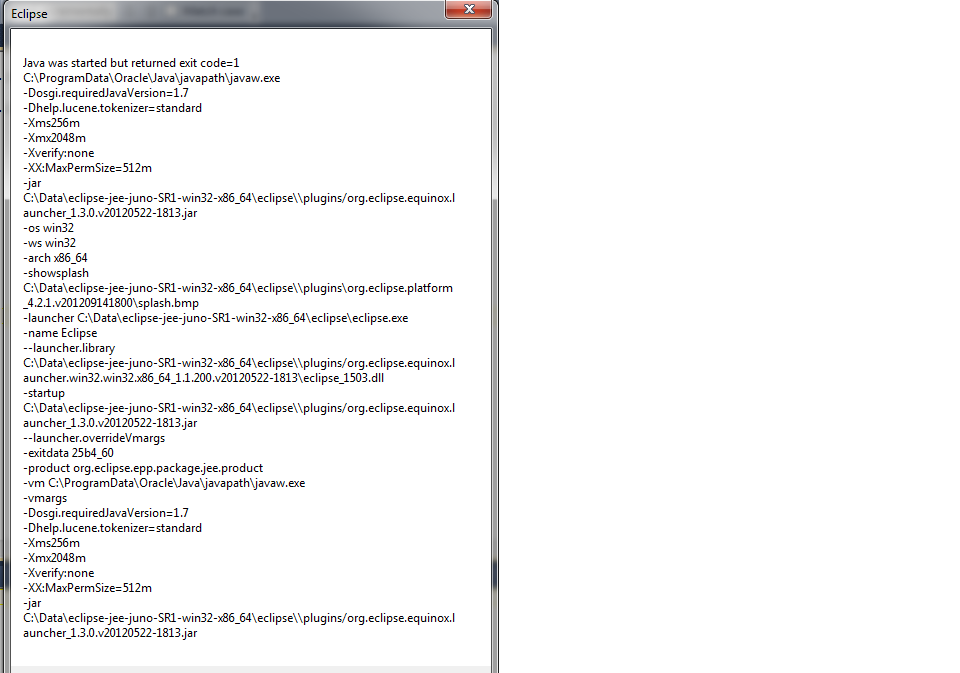 Did the following to run eclipse with 1.8 you change the version accordingly to 1.7

and enter the number for which JDK to use of your choice. Select option "0" or the one you need.

Now you should be able to run Eclipse

This to me sounds like a reasonably common problem that junior to intermediate developers tend to face at some point: they either don't know or don't trust the contracts they are participating in and defensively overcheck for nulls. Additionally, when writing their own code, they tend to rely on returning nulls to indicate something thus requiring the caller to check for nulls.

To put this another way, there are two instances where null checking comes up:

(2) is easy. Either use assert statements (assertions) or allow failure (for example, NullPointerException). Assertions are a highly-underused Java feature that was added in 1.4. The syntax is:

where <condition> is a boolean expression and <object> is an object whose toString() method's output will be included in the error.

Not using assertions in this case is OK because the code will just fail, which is what will happen if you use assertions. The only difference is that with assertions it might happen sooner, in a more-meaningful way and possibly with extra information, which may help you to figure out why it happened if you weren't expecting it.

(1) is a little harder. If you have no control over the code you're calling then you're stuck. If null is a valid response, you have to check for it.

If it's code that you do control, however (and this is often the case), then it's a different story. Avoid using nulls as a response. With methods that return collections, it's easy: return empty collections (or arrays) instead of nulls pretty much all the time.

With non-collections it might be harder. Consider this as an example: if you have these interfaces:

where Parser takes raw user input and finds something to do, perhaps if you're implementing a command line interface for something. Now you might make the contract that it returns null if there's no appropriate action. That leads the null checking you're talking about.

An alternative solution is to never return null and instead use the Null Object pattern:

which is a much better design because it leads to more concise code.

Or if you think the try/catch mechanism is too ugly, rather than Do Nothing your default action should provide feedback to the user.