Is it possible to project a multidimensional data to a 2D map using LDA? It seems that the tool Matlab provided does not provide such functions…

Thanks for reply. My data now is having 6 classes, so does it mean that if I have 6 classes, I can only reduce it to 5 dimensions? Or can it be done in a similar way with PCA, which takes the top 2 eigenvalues, and use these 2 for projection? The PCA does not quite work for my problem as an unsupervised approach, so I am wondering if LDA might help.

LDA isn't really meant for dimensionality-reduction strictly speaking, especially in the cases where all your data belongs to one class. It's meant to come up with a single linear projection that is the most discriminative between between two classes. Thus, there's no real natural way to do this using LDA.

If your data all belongs to the same class, then you might be interested more in PCA (Principcal Component Analysis), which gives you the most important directions for the data ranked in order of importance. Other methods exist as well like ISOMAP (as mentioned by EMS in the comments) or self-organizing maps.

EDIT: Credit goes to @EMS for helping to clarify this answer.

Here's a quick walkthrough. First we create a matrix of your hidden variables (or "factors"). It has 100 observations and there are two independent factors.

I added a small amount of random noise to simulate experimental error. Now we perform the PCA using the pca function from the stats toolbox:

The variable score is the array of principal component scores. These will be orthogonal by construction, which you can check -

The combination score * coeff' will reproduce the centered version of your observations. The mean mu is subtracted prior to performing PCA. To reproduce your original observations you need to add it back in,

To get an approximation to your original data, you can start dropping columns from the computed principal components. To get an idea of which columns to drop, we examine the explained variable

We can now try plotting: 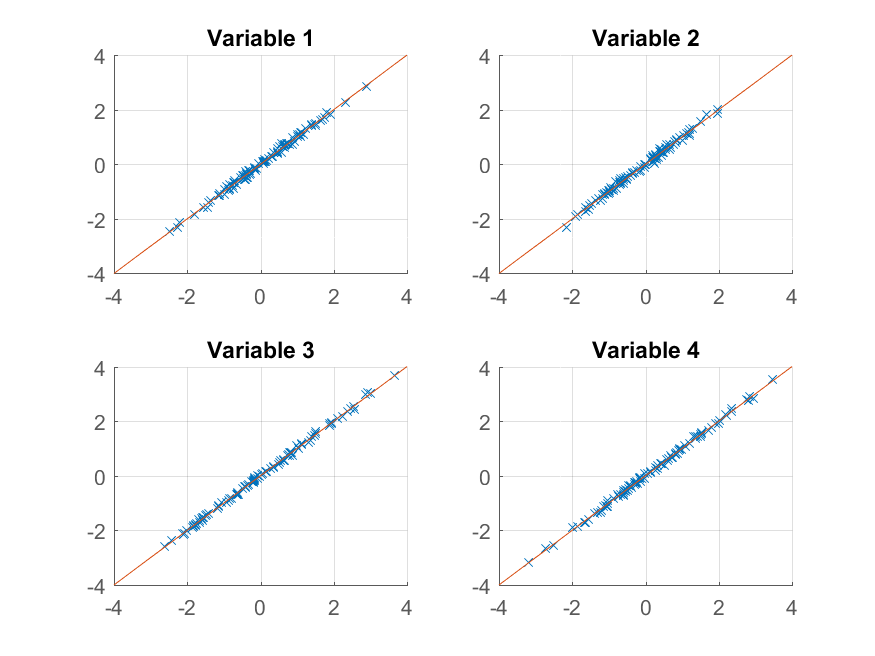 We get an almost perfect reproduction of the original observations. If we wanted a coarser approximation, we could just use the first principal component: 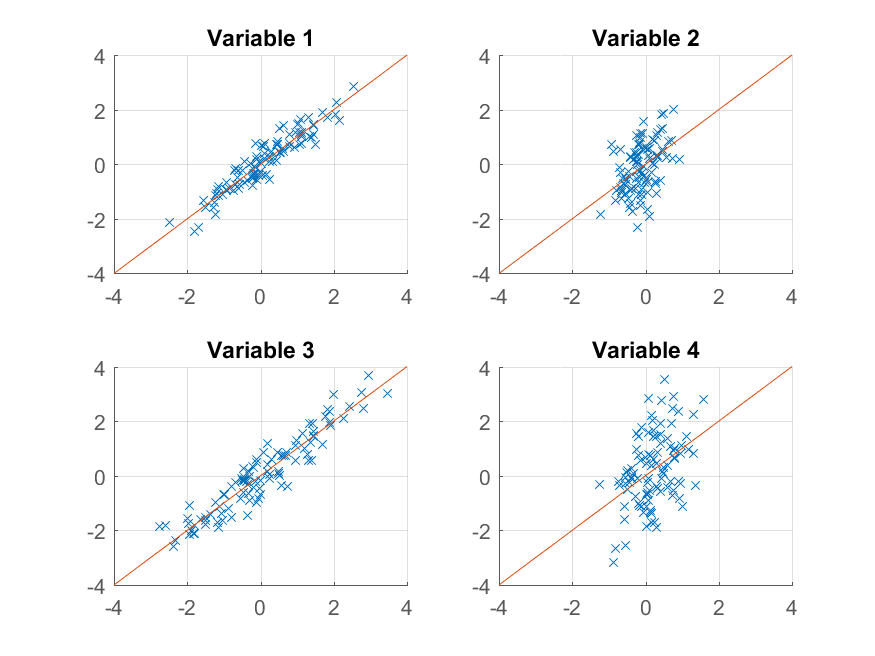 This time the reconstruction isn't so good. That's because we deliberately constructed our data to have two factors, and we're only reconstructing it from one of them.

Note that despite the suggestive similarity between the way we constructed the original data and its reproduction,

there is not necessarily any correspondence between factors and score, or between loadings and coeff. The PCA algorithm doesn't know anything about the way your data is constructed - it merely tries to explain as much of the total variance as it can with each successive component.

User @Mari asked in the comments how she could plot the reconstruction error as a function of the number of principal components. Using the variable explained above this is quite easy. I'll generate some data with a more interesting factor structure to illustrate the effect -

Now all of the observations load on a significant common factor, with other factors of decreasing importance. We can get the PCA decomposition as before

and plot the percentage of explained variance as follows, 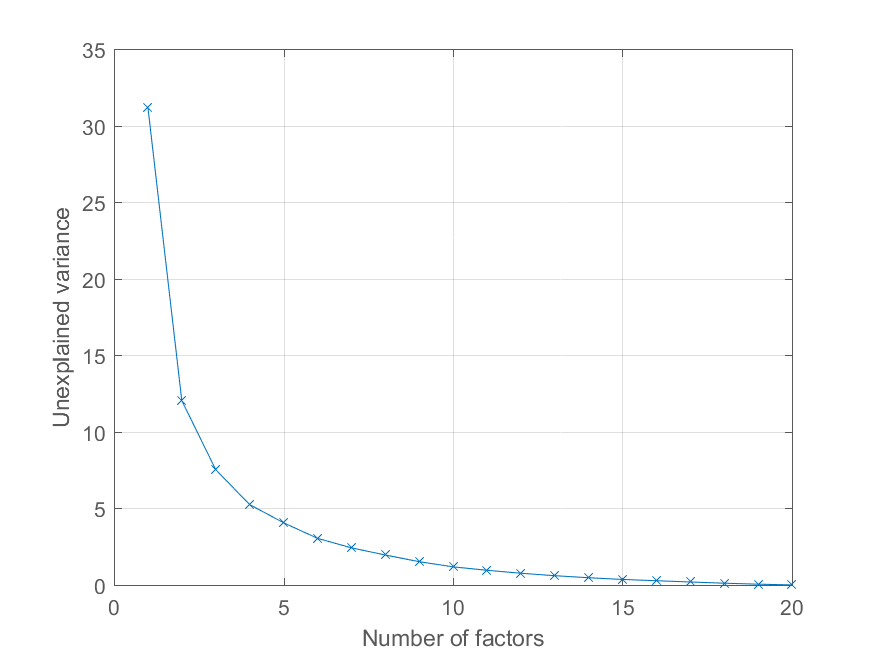 The function classify from Statistics Toolbox does Linear (and, if you set some options, Quadratic) Discriminant Analysis. There are a couple of worked examples in the documentation that explain how it should be used: type doc classify or showdemo classdemo to see them.

240 features is quite a lot given that you only have 2000 observations, even if you have only two classes. You might want to apply a dimension reduction method before LDA, such as PCA (see doc princomp) or use a feature selection method (see doc sequentialfs for one such method).