I have tried reading some articles, but I am not very clear on the concepts yet.

Would someone like to take a shot at explaining to me what these technologies are:

Now, which one of them should I use for a real-time app. I have been hearing a lot about websockets (with socket.io [a node.js library]) but why not PHP?

In the examples below the client is the browser and the server is the webserver hosting the website.

Before you can understand these technologies, you have to understand classic HTTP web traffic first. 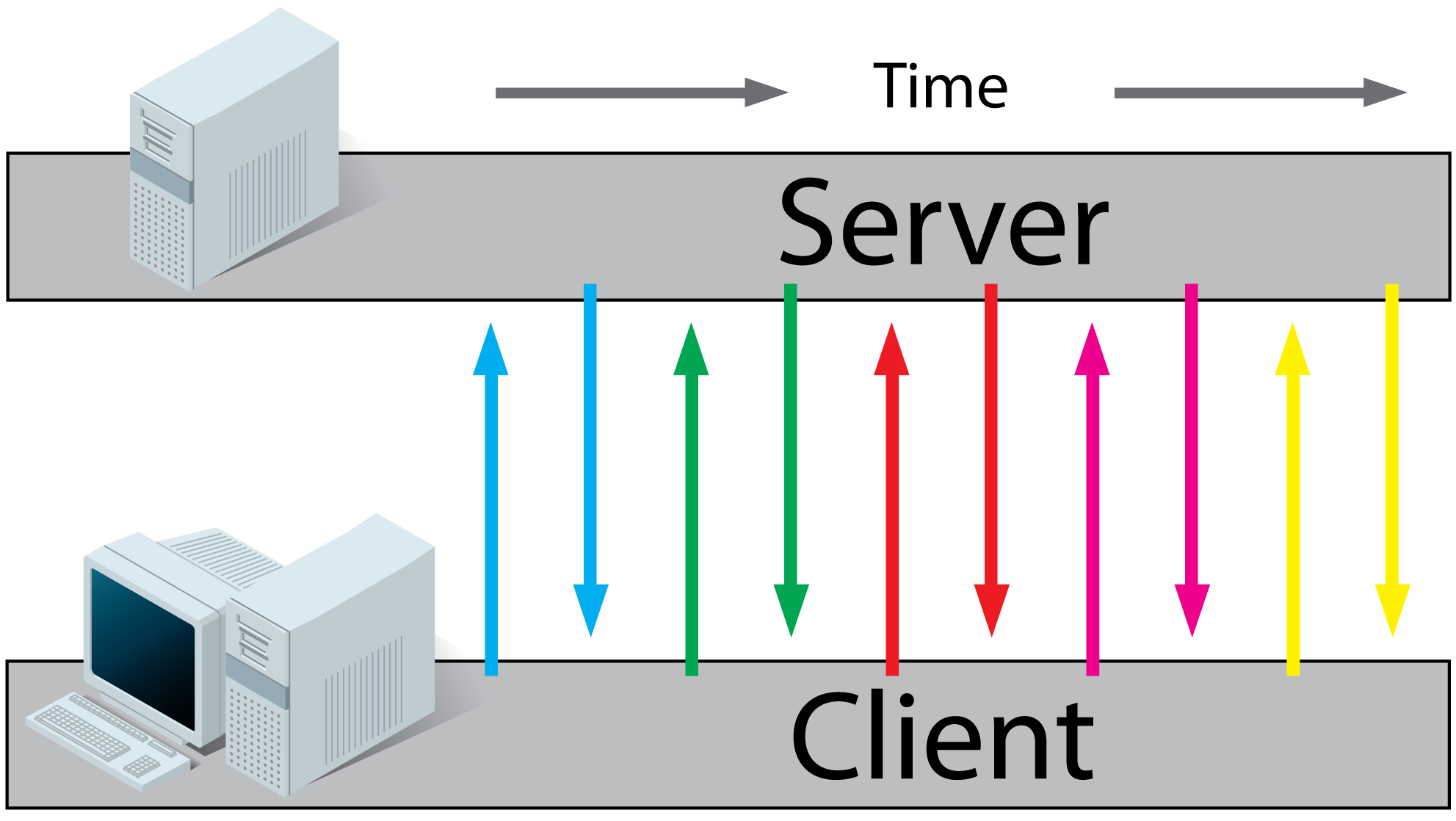 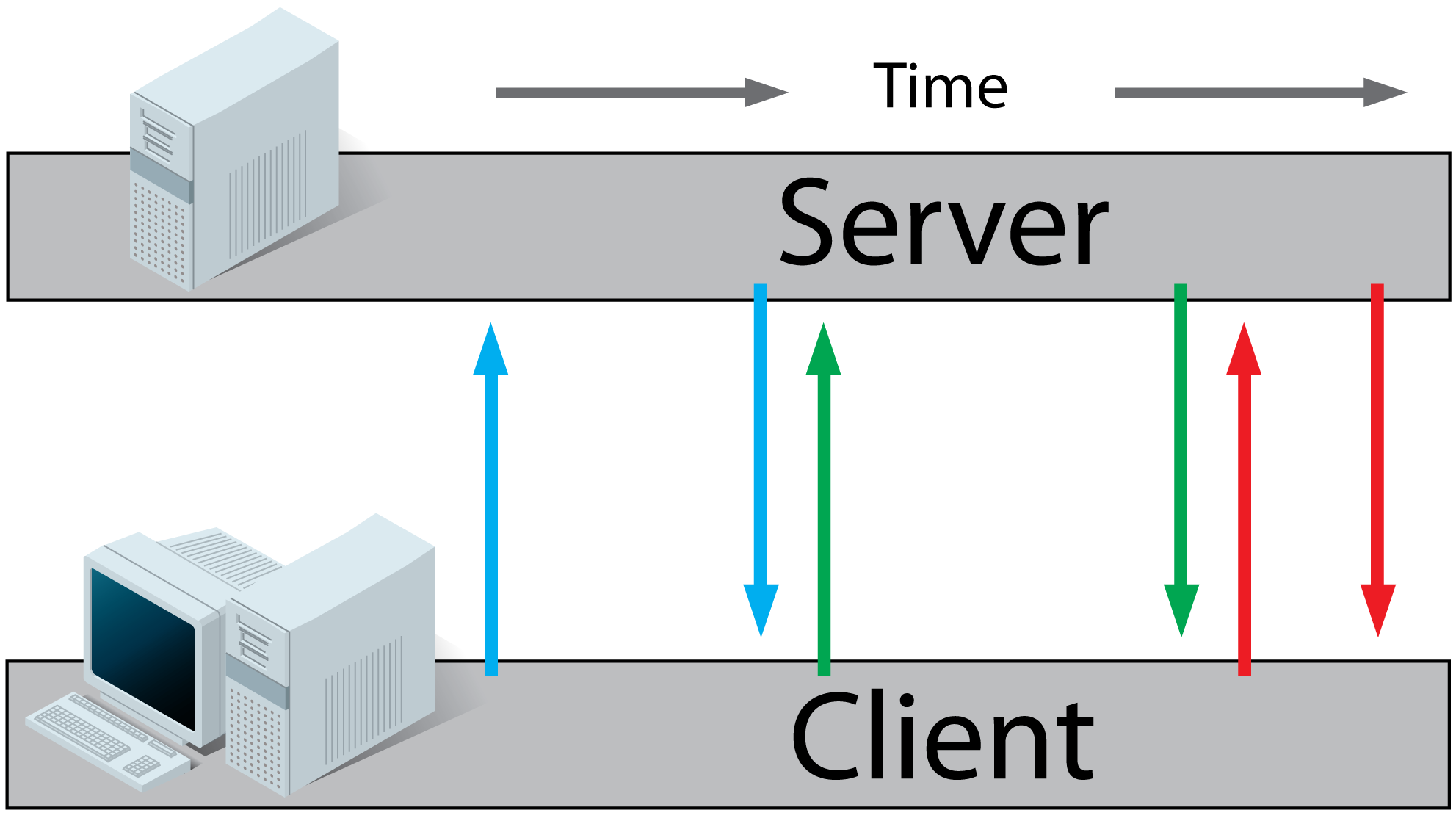 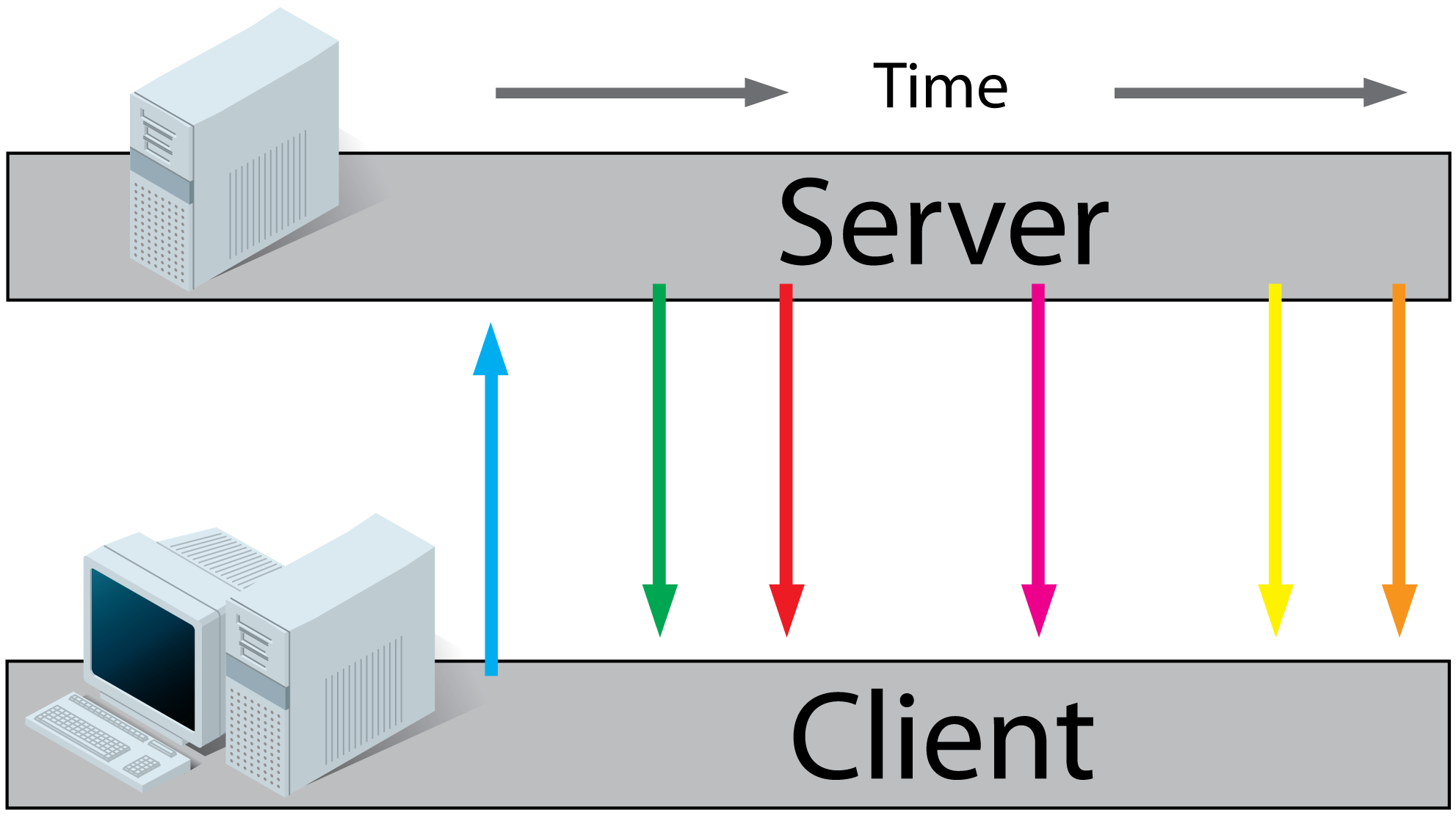 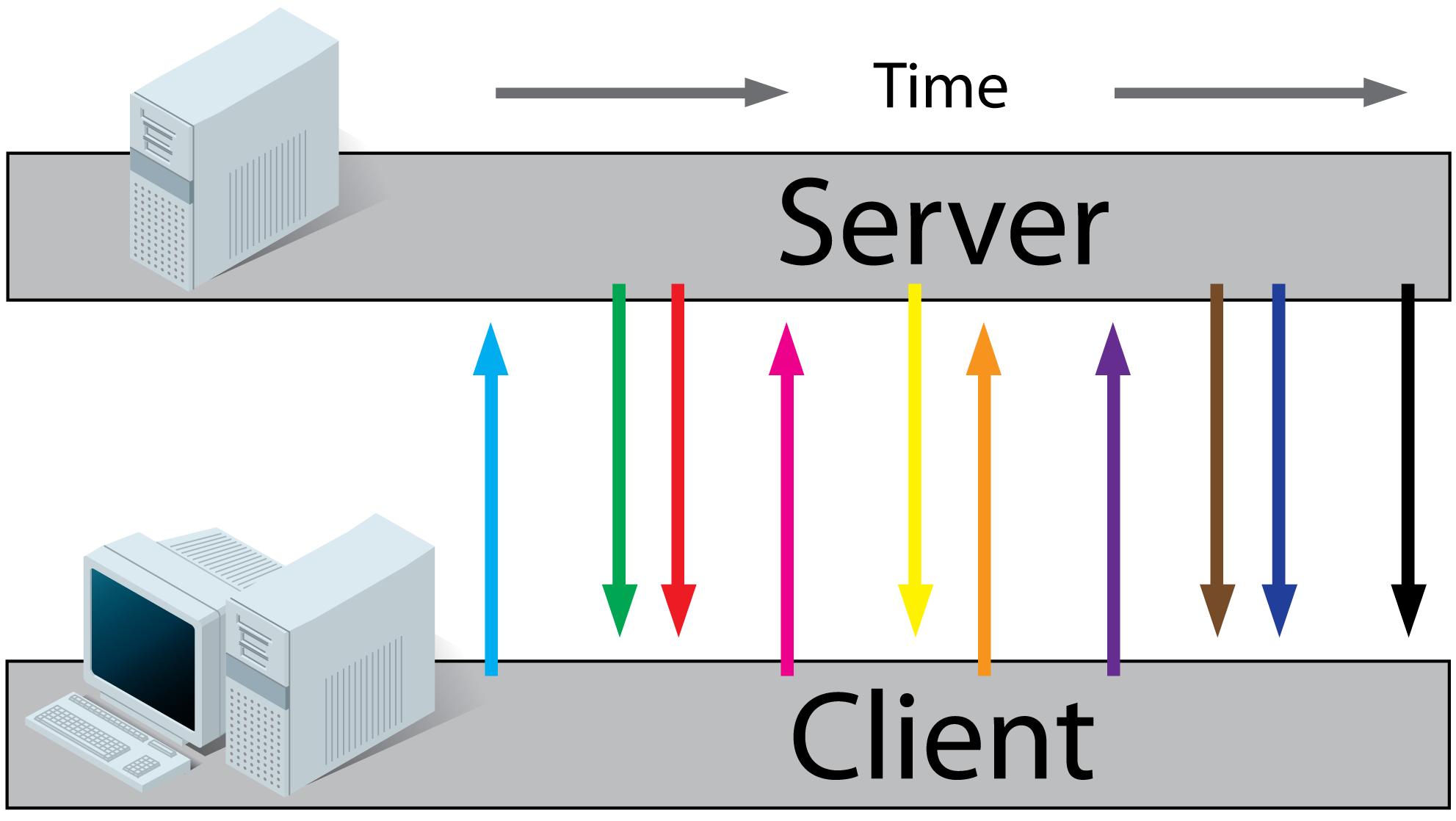 Comet is a collection of techniques prior to HTML5 which use streaming and long-polling to achieve real time applications. Read more on wikipedia or this article.

Now, which one of them should I use for a realtime app (that I need to code). I have been hearing a lot about websockets (with socket.io [a node.js library]) but why not PHP ?

You can use PHP with WebSockets, check out Ratchet.

Websockets and SSE (Server Sent Events) are both capable of pushing data to browsers, however they are not competing technologies.

Websockets connections can both send data to the browser and receive data from the browser. A good example of an application that could use websockets is a chat application.

SSE connections can only push data to the browser. Online stock quotes, or twitters updating timeline or feed are good examples of an application that could benefit from SSE.

In practice since everything that can be done with SSE can also be done with Websockets, Websockets is getting a lot more attention and love, and many more browsers support Websockets than SSE.

However, it can be overkill for some types of application, and the backend could be easier to implement with a protocol such as SSE.

Furthermore SSE can be polyfilled into older browsers that do not support it natively using just JavaScript. Some implementations of SSE polyfills can be found on the Modernizr github page.

HTML5Rocks has some good information on SSE. From that page:

Why would you choose Server-Sent Events over WebSockets? Good question.

One reason SSEs have been kept in the shadow is because later APIs like WebSockets provide a richer protocol to perform bi-directional, full-duplex communication. Having a two-way channel is more attractive for things like games, messaging apps, and for cases where you need near real-time updates in both directions. However, in some scenarios data doesn't need to be sent from the client. You simply need updates from some server action. A few examples would be friends' status updates, stock tickers, news feeds, or other automated data push mechanisms (e.g. updating a client-side Web SQL Database or IndexedDB object store). If you'll need to send data to a server, XMLHttpRequest is always a friend.

SSEs are sent over traditional HTTP. That means they do not require a special protocol or server implementation to get working. WebSockets on the other hand, require full-duplex connections and new Web Socket servers to handle the protocol. In addition, Server-Sent Events have a variety of features that WebSockets lack by design such as automatic reconnection, event IDs, and the ability to send arbitrary events.

Advantages of SSE over Websockets:

Advantages of Websockets over SSE:

Ideal use cases of SSE:

There are more differences than the ones you have identified.

In order of increasing latency (approximate):

Also note that there is a W3C proposal for standardizing HTTP streaming called Server-Sent Events. It is currently fairly early in it's evolution and is designed to provide a standard Javascript API with comparable simplicity to WebSockets.