I am trying to draw a dendrogram from the hclust function output. I hope the dendrogram is horizontally arranged instead of the default, which can be obtain by (for example)

I tried to use as.dendrogram() function like plot(as.dendrogram(hc.poi),horiz=TRUE) but the result is without meaningful labels: 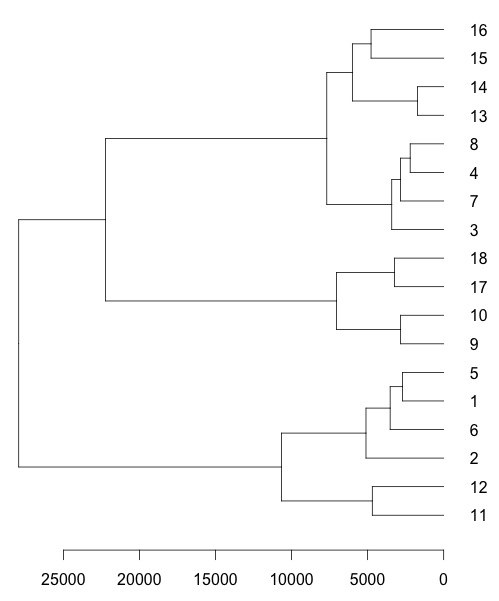 If I use plot(hc.poi,labels=c(...)) which is without the as.dendrogram(), I can pass the labels= argument, but now the dendrogram is vertical instead of horizontal. Is there a way to simultaneously arrange the dendrogram horizontally and assign user-specified labels? Thanks!

Update: as an example from the USArrests dataset, suppose I wanna use the abbreviations of the first two letters of the state names as labels, so that I wanna somehow pass labs into the plotting function:

To show your defined labels in horizontal dendrogram, one solution is to set row names of data frame to new labels (all labels should be unique). 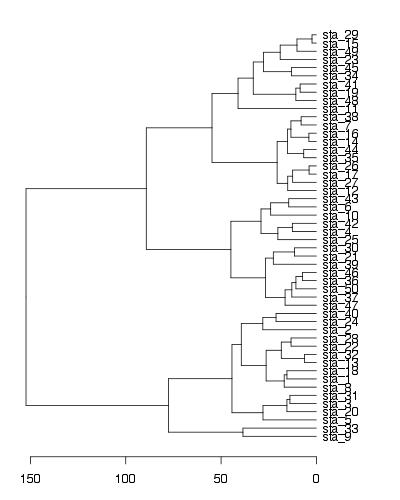 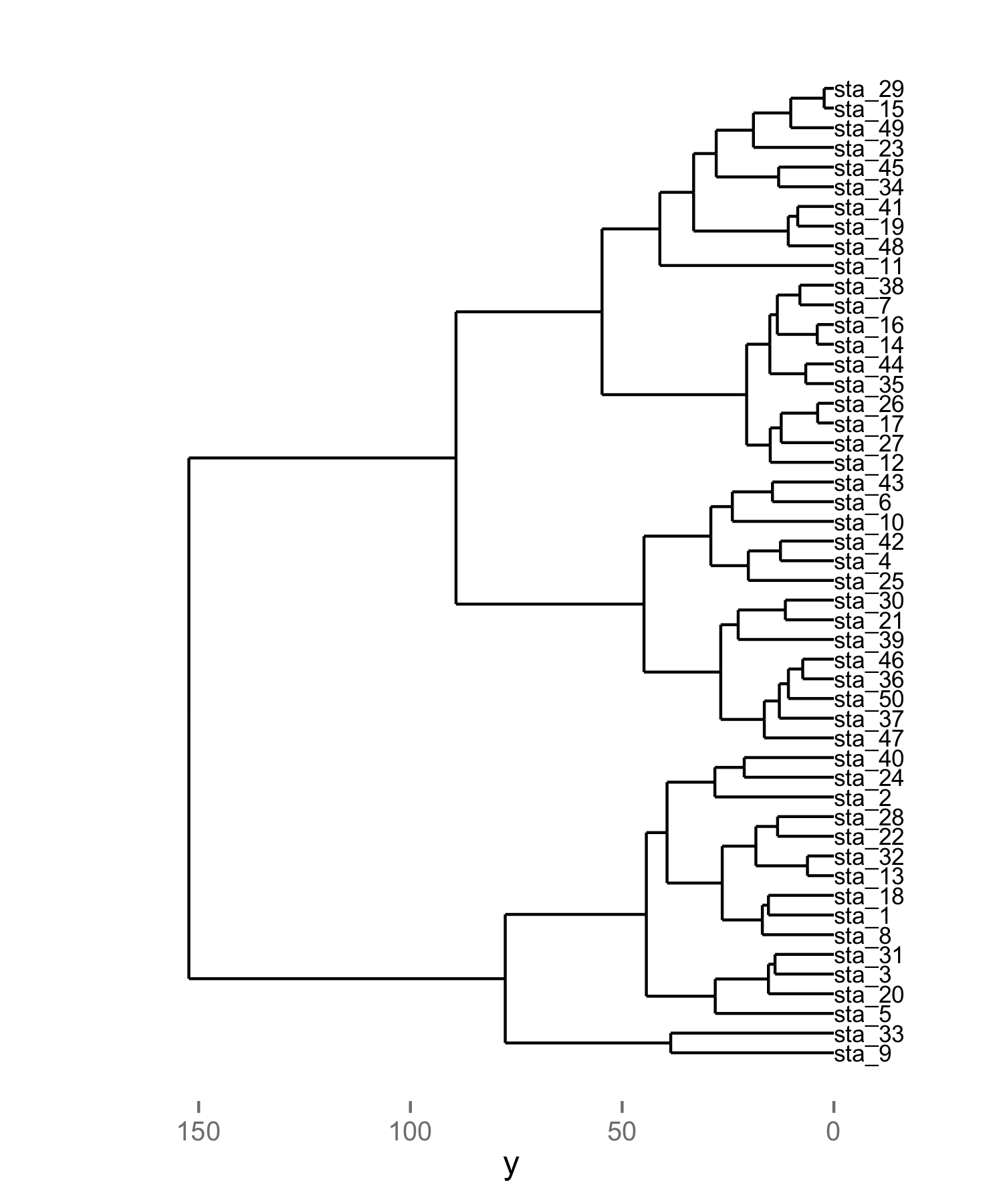 Change the last line to