I do not know how many clusters exist. At the end, there may be individual vectors existing that are not part of any cluster because its euclidean distance is not less than "T" with any of the vectors in the space.

What existing algorithms / approach should be used here?

You can use hierarchical clustering. It is a rather basic approach, so there are lots of implementations available. It is for example included in Python's scipy.

See for example the following script:

Which produces a result similar to the following image. 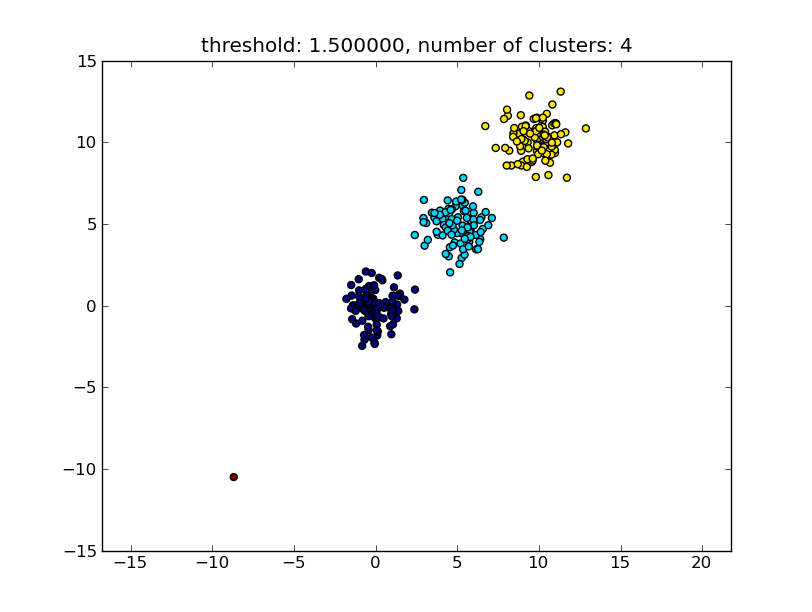 The threshold given as a parameter is a distance value on which basis the decision is made whether points/clusters will be merged into another cluster. The distance metric being used can also be specified.

Note that there are various methods for how to compute the intra-/inter-cluster similarity, e.g. distance between the closest points, distance between the furthest points, distance to the cluster centers and so on. Some of these methods are also supported by scipys hierarchical clustering module (single/complete/average... linkage). According to your post I think you would want to use complete linkage.

Note that this approach also allows small (single point) clusters if they don't meet the similarity criterion of the other clusters, i.e. the distance threshold.

There are other algorithms that will perform better, which will become relevant in situations with lots of data points. As other answers/comments suggest you might also want to have a look at the DBSCAN algorithm:

For a nice overview on these and other clustering algorithms, also have a look at this demo page (of Python's scikit-learn library):

Image copied from that place: 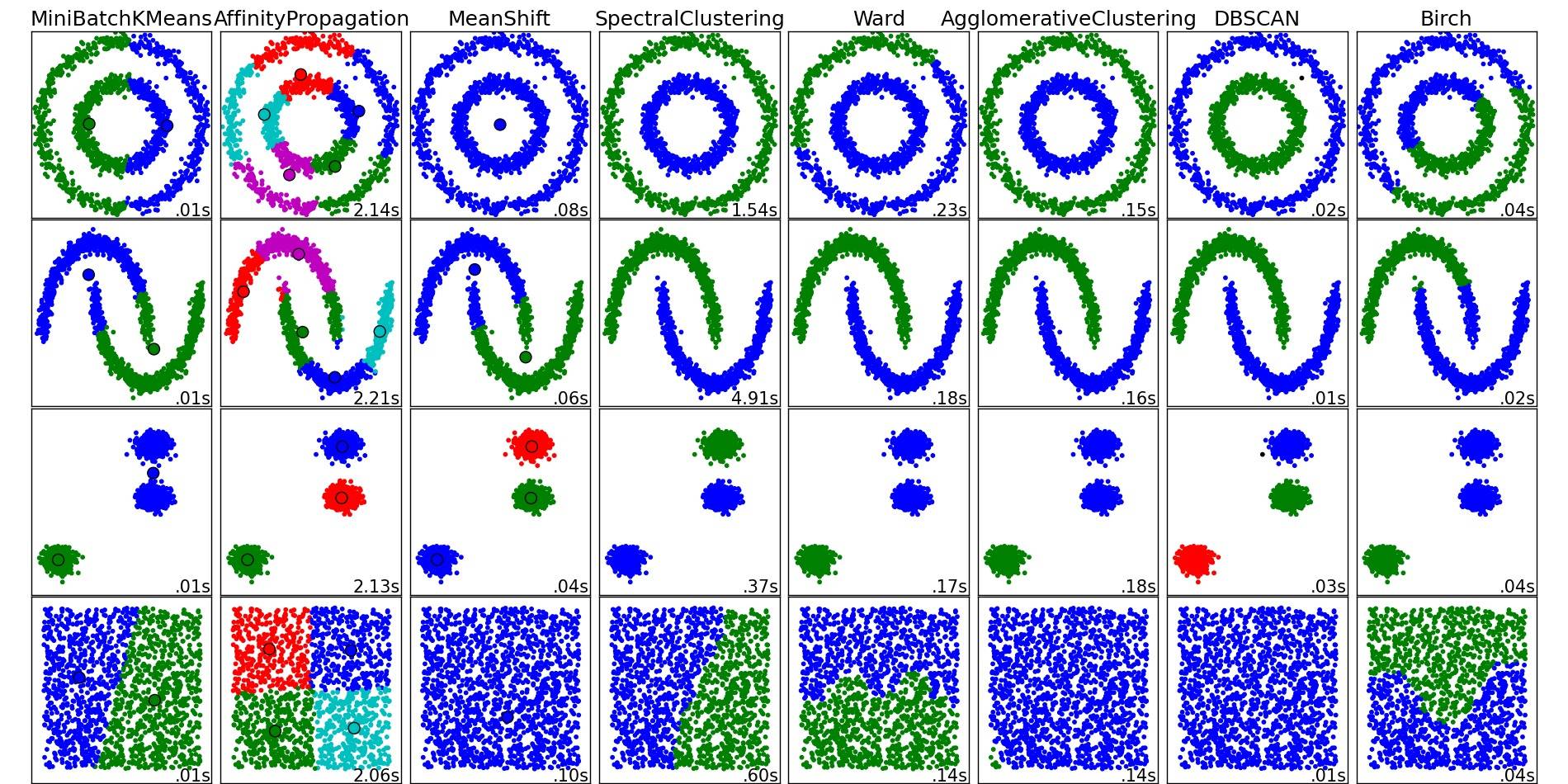