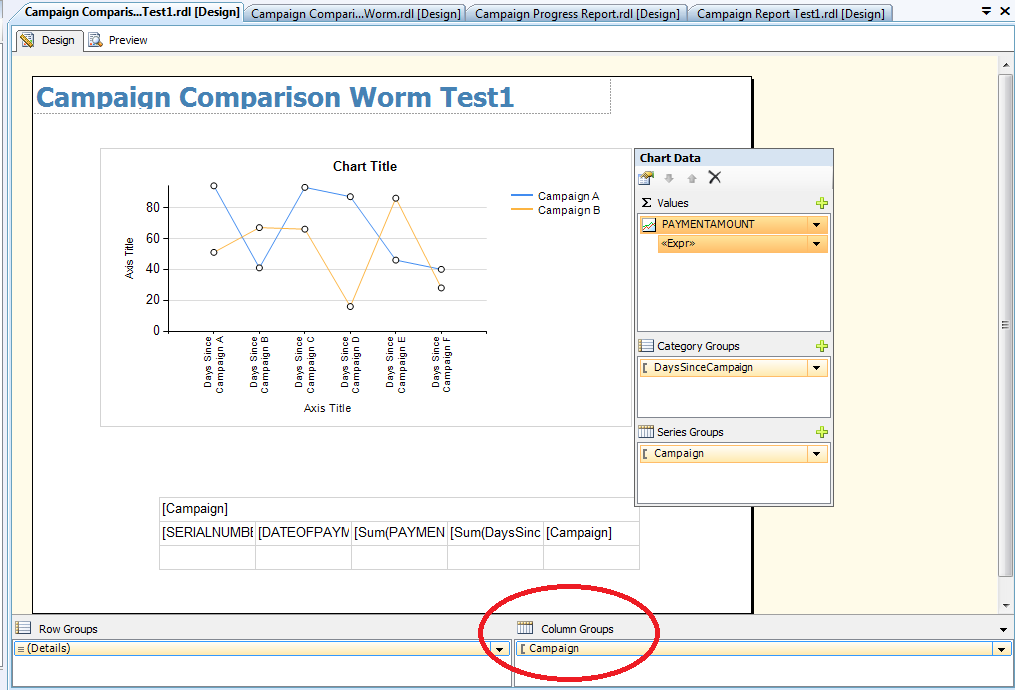 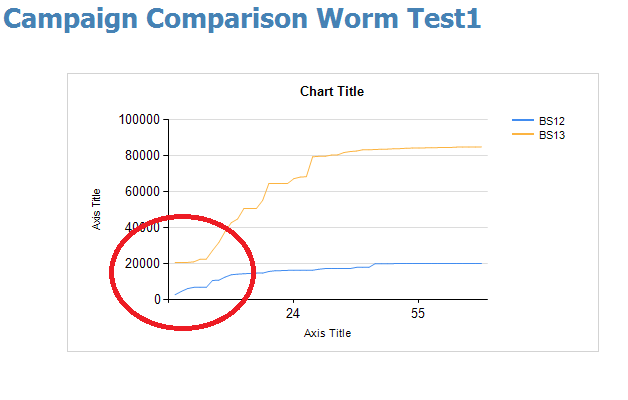 I have a table in SSRS, with income from two campaigns.

I want my chart to plot a running total of paymentamount by DaysSinceCampaign for each campaign (bs13 and bs12). I'm pretty close, as shown above – but for some reason, the BS13 campaign starts at 20,000, appearing to be adding on to BS12 – when it is supposed to start at 0.

In the Values section for Chart Data, I have used this formula:

I have tried changing 'nothing' to "campaign", and have tried defining 'Campaign' as a row group and a column group – but it keeps returning the same error: that the scope parameter must be set to a string constant equal to a containing group.

The scope here needs to be the name of the Series Group you set up in the chart, not the Column Group of the Tablix that is set up below, something like:

I created a simple test based on: 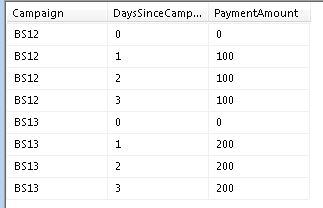 With the Chart data expression set to:

I got the following: 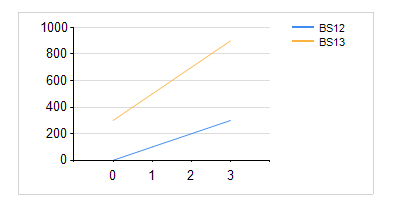 Which is incorrect, but similar to what you're seeing.

If I change the expression to:

I get the following: 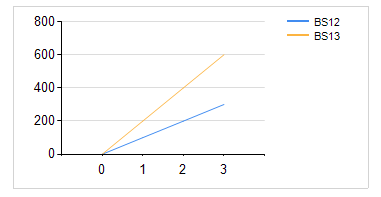 Which is correct, so it seems like you're just going to have to set the Scope to the correct Series Group name.

You can obtain this information and much, much more by querying the Information Schema views.

Can be made over all these DB objects:

It's complaining about the scope parameter: "Campaign". Rather than pass the column name to the function, you need to define a group (if there is not one already) on that column in your chart and pass the name of the group instead. An example here.