I have created a new Schema in a database called Contexts. Now when I want to write a query, Management Studio doesn't recognize the tables that belong to the new Schema. It says: 'Invalid object name Contexts.ContextLibraries'…

When I try the same thing on my local database, it does work…

I did try to change the Default schema for the user from dbo to Contexts but this doesn't work. Also checked Contexts in Schemas owned by this user without success.

Update: Apparently the sql query does work but the editor gives a fault saying the object is invalid.

You may need to refresh SSMS: if raw SQL works.

Frankly, the easiest way is to close object explorer on the server and re-open. The SQL Server client tools have a problem with caching back into the Jurassic period...

How to connect to local instance of SQL Server 2008 Express

Please check the ServerName which you provided. It should match with the below shown Name in the UserName textbox, and that name should followed with \SQLEXPRESS: 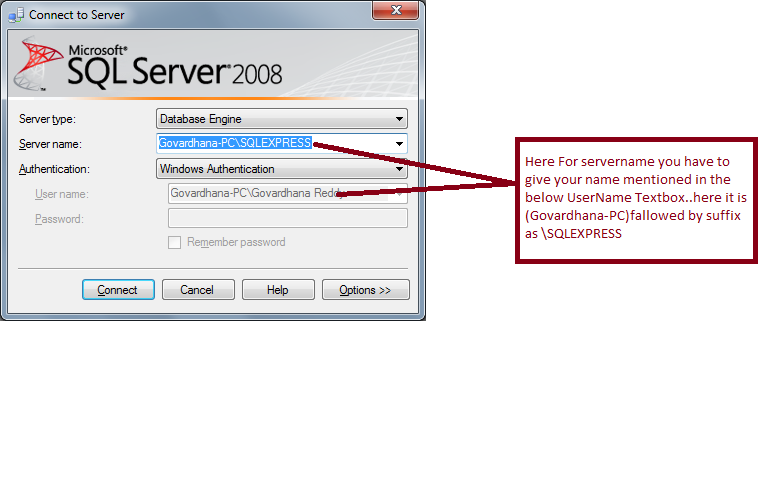