I want to make my C++ project cross platform, and I'm considering using Cygwin/MinGW.
But what is the difference between them ?

Another question is whether I will be able to run the binary on a system without Cygwin/MinGW ?

Cygwin is a compatibility layer that makes it easy to port simple Unix-based applications to Windows, by emulating many of the basic interfaces that Unix-based operating systems provide, such as pipes, Unix-style file and directory access, and so on as documented by the POSIX standards. If you have existing source code that uses these interfaces, you may be able to compile it for use with Cygwin after making very few or even no changes, greatly simplifying the process of porting simple IO based Unix code for use on Windows.

When you distribute your software, the recipient will need to run it along with the Cygwin run-time environment (provided by the file cygwin1.dll). You may distribute this with your software, but your software will have to comply with its open source license. Even just linking your software with it, but distributing the dll separately, can still impose license restrictions on your code.

MinGW aims to simply be a port of GNU's development tools for Windows. It does not attempt to emulate or provide comprehensive compatibility with Unix, other that to provide a version of the GNU Compiler Collection, GNU Binutils and GNU Debugger that can be used natively in Windows. It also includes header files allowing the use of Windows' native API in your code.

As a result your application needs to specifically be programmed for Windows, using the Windows API, which may mean significant alteration if it was created to rely on being run in a standard Unix environment and use Unix-specific features. By default, code compiled in MinGW's GCC will compile to a native Windows X86 target, including .exe and .dll files, though you could also cross-compile with the right settings, since you are basically using the GNU compiler tools suite.

MinGW is a free and open source alternative to using the Microsoft Visual C++ compiler and its associated linking/make tools on Windows. It may be possible in some cases to use MinGW to compile something that was intended for compiling with Microsoft Visual C++ without too many modifications.

Even though MingW includes some header files and interface code allowing your code to interact with the Windows API, as with the regular standard libraries this doesn't impose licensing restrictions on software you have created.

For any non-trivial software application, such as one that uses a graphical interface, multimedia or accesses devices on the system, you leave the boundary of what Cygwin can do for you and further work will be needed to make your code cross-platform. But, this task can be simplified by using cross-platform toolkits or frameworks that allow coding once and having your code compile successfully for any platform. If you use such a framework from the start, you can not only reduce your headaches when it comes time to port to another platform but you can use the same graphical widgets - windows, menus and controls - across all platforms if you're writing a GUI app, and have them appear native to the user.

For instance, the open source Qt framework is a popular and comprehensive cross-platform development framework, allowing the building of graphical applications that work across operating systems including windows. There are other such frameworks too. In addition to the large frameworks there are thousands of more specialized software libraries in existence which support multiple platforms allowing you to worry less about writing different code for different platforms.

When you are developing cross-platform software from the start, you would not normally have any reason to use Cygwin. When compiled on Windows, you would usually aim to make your code able to be compiled with either MingW or Microsoft Visual C/C++, or both. When compiling on Linux/*nix, you'd most often compile it with the GNU compilers and tools directly.

And Git 2.16 (Q1 2018) will show a message to tell the user that it is waiting for the user to finish editing when spawning an editor, in case the editor opens to a hidden window or somewhere obscure and the user gets lost.

When a graphical GIT_EDITOR is spawned by a Git command that opens and waits for user input (e.g. "git rebase -i"), then the editor window might be obscured by other windows.
The user might be left staring at the original Git terminal window without even realizing that s/he needs to interact with another window before Git can proceed. To this user Git appears hanging.

Print a message that Git is waiting for editor input in the original terminal and get rid of it when the editor returns, if the terminal supports erasing the last line

I prefer to not have to set an EDITOR variable, so I tried:

If I define a npp.bat including:

It just works from the DOS session, but not from the git shell.
(not that with the core.editor configuration mechanism, a script with "start /WAIT..." in it would not work, but only open a new DOS window)

Bennett's answer mentions the possibility to avoid adding a script, but to reference directly the program itself between simple quotes. Note the direction of the slashes! Use / NOT \ to separate folders in the path name!

But I prefer using a script (see below): that way I can play with different paths or different options without having to register again a git config.

The actual solution (with a script) was to realize that:
what you refer to in the config file is actually a shell (/bin/sh) script, not a DOS script.

So what does work is:

Note that I use only '/', not \'. And I installed msysgit using option 2. (Add the git\bin directory to the PATH environment variable, but without overriding some built-in windows tools)

The fact that the notepad++ wrapper is called .bat is not important.
It would be better to name it 'npp.sh' and to put it in the [git]\cmd directory though (or in any directory referenced by your PATH environment variable).

lightfire228 adds in the comments:

For anyone having an issue where N++ just opens a blank file, and git doesn't take your commit message, see "Aborting commit due to empty message": change your .bat or .sh file to say:

That will tell notepad++ to open the temp commit file, rather than a blank new one.

See more in "How are msys, msys2, and msysgit related to each other?".

Johannes Schindelin just explained (Oct. 2014) that msysgit is phased out:

We now have a light-weight Git for Windows SDK – which is essentially a standard MinGW/MSys system managed through the package manager mingw-get.

We decided to just phase out the name "msysGit" (as well as the GitHub org of the same name) and:

Msysgit is here to stay, and unless you need to add a few hundreds of MB for cygwin, you really don't need Cygwin to just use Git on Windows.
And if you want to access GitHub, you get one package ("Git for Windows" + ssh keys registered for you on your GitHub account + a nice GUI) with GitHub for windows.

Both Git and msysgit are on GitHub.
The msysgit.github.com page clearly illustrates the difference between: 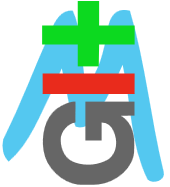 What is this "MSys" thing in "MSysGit"?

Therefore we ship Git for Windows with a very minimal version of MSys.

MSys is also required to build Git, as we re-use the same Unix-type setup upstream Git uses. We ship a more complete MSys environment, including GCC, as build environment (which is therefore nick-named ''msysGit'').

We compile Git as a pure MinGW program, though, i.e. a program without any link-dependencies on anything but standard Windows libraries.
So unless you need to use any parts of Git that are still implemented only as shell or Perl scripts, you can get away with running plain git.exe.

a/ You can resize and copy-paste in Git bash, like in any other Windows Shell.

b/ You are probably using "Git for windows", and not msysgit. From the wiki:

It is easy to see the difference:

Another telltale is that the msysGit installers come in two flavors: fullinstall and netinstall.
Further, msysGit does not install to C:\Program Files by default.
But msysGit comes with gcc, the GNU C Compiler.

And that is not always welcomed:

When working on Windows, I dislike that msysGit, as the name suggests, depends on MSYS and on tools from the Unix world. I believe all programs in the Git distribution should become binaries compiled for a specific platform, and not rely on shell interpreters or third-party languages like Tcl/Tk.

Even though, it is far better than the first Git on Cygwin installations from 2007.